Don Jazzy has paid a fan for being loyal.

Nigerian record producer and Mavin boss, Don Jazzy is well known for his generosity, but his recent act of kindness has shown that there is a reward for being loyal.

Don Jazzy recently sent a total sum of one million naira to a loyal fan. As seen on Twitter, Don Jazzy was promoting Johnny Drille’s new album “Before We Fall Asleep” when a tweep begged him to send him money.

The tweep’s name rang a bell and Don Jazzy checked his dm to be sure he hasn’t sent money to him. According to Don, the tweep has been in his DM since 2015 supporting and hyping his business. He apologized for not replying earlier and sent one million naira to thank the fan for being loyal 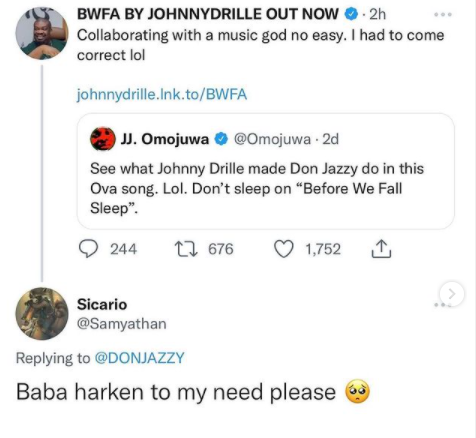 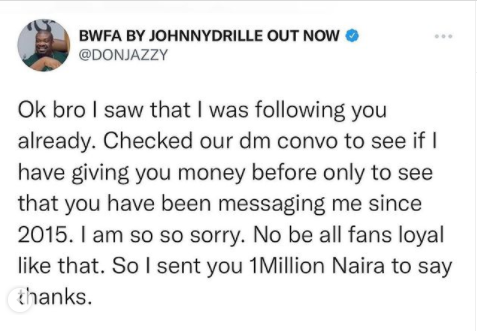 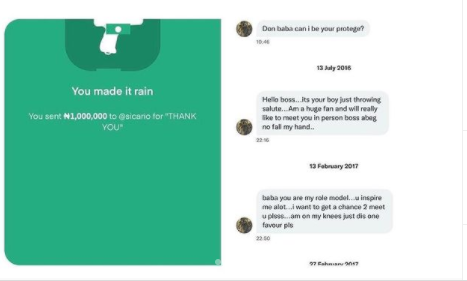 No Artiste. Create One.
See all artists

Cheque – No One Else ft. Jackboy

Davido Invites Airport Staff Who Was Mistreated By His Bodyguards

Tems Tops Wizkid & Others, Ranks No. 1 On UK Afrobeats Chart

Mayorkun – Back In Office